The main types of trading robots for forex trading

Hello, in this article we will look at the main types of trading robots for Forex trading!

Trading robots can be divided into the following types:

For example, the most authoritative portal among mql5 traders divides trading robots by type as follows

In this case, one expert can simultaneously include several properties from different types of experts.

By popularity, the most common robots are grid robots using averaging, and now I will explain why.

This is due to the fact that in the forex market most of the movements are purple and the price moves in a certain corridor, in connection with this, such robots have the highest profitability, but also tangible risks, given that the trader will use high leverage and the falsity value depends so much that the abnormal volatility can blow his deposit.

But there are examples of traders who used this strategy and successfully earned for many years. Here it is important to gradually withdraw profits from trading in order to withdraw the initial deposit over time and continue to trade on the earned profit.

This type of robots is less common and in most cases it is less profitable than grid robots.

The main problem of such robots is that in order to use such robots in the forex market, you need to have an understanding of market cycles.

Such robots can usually earn at a certain stage of the market. For example, the first 10 days of each month, and then merge.

Therefore, to use such robots, you must track the cycles when the robot trades successfully and when it begins to suffer losses in turn.

At night, the market has a calmer flat and indeed there are repetitive patterns due to which night scalpers can earn, but there is a nuance here – widening spreads, and the broker itself, which can partly prevent you from making profitable trades. You must understand that on small accounts they will not pay attention to you, but on larger accounts they will put spokes in your wheels.

This type of robots attracts mostly beginners, because. Dealing centers used to have a practice of telling how you would get rich by trading in the right direction on certain news. In practice, such robots can often bring much more loss than you imagine, because. triggering orders at the time of the news can occur with large slippages and not in your direction, as such advisers often enter with an initially increased lot, which in turn, with slippage and requotes, can carry a greater risk to your account.

Try trading several types of robots and you will understand which option suits you best. Please note that at the moment your trading robot can generally trade at zero and you will earn on the return of the spread, this is one of the tactics of using scalpers. 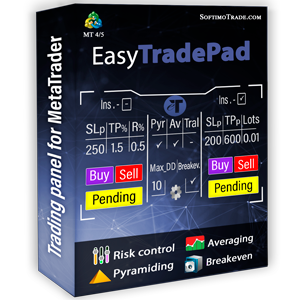 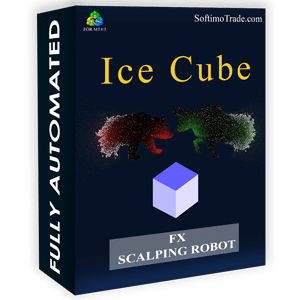 You are on the site of the SoftimoTrade team. We provide high-quality software for traders, including trading advisors, proprietary indicators and utilities.

The public offer is on the page Payment and delivery